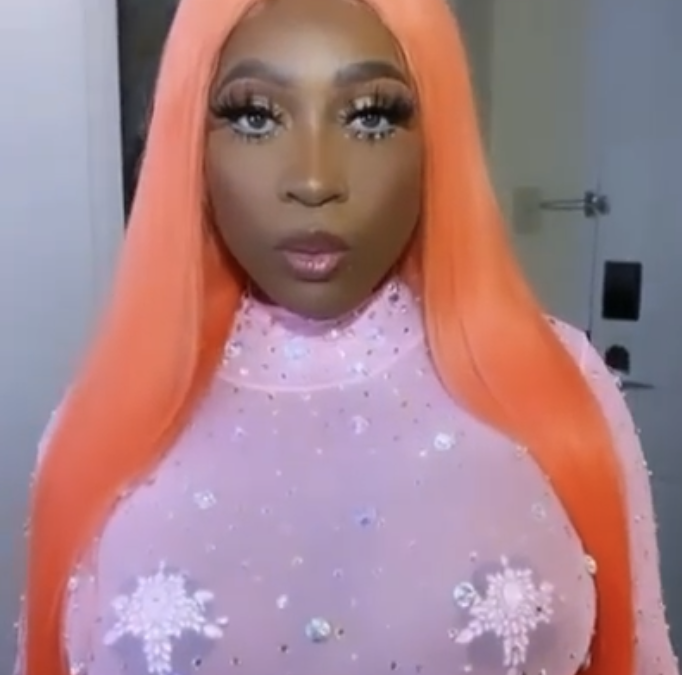 Looks like the dispute between The Queen of Dancehall, Spice, and Chug It Music Festival promoter, Andrew French Wright, will be settled in court. Both sides taking to social media to air their grievances with neither side backing down. While we have not seen the actual contract agreement between Spice and Chug it. Documents pertaining to what both entities describe as a breach of contract have been made public.

The legal team of Andrew “French” Wright has issued a letter of demand to Grace Hamilton, AKA Spice regarding the September 5th staging of the event in Miami, Florida and what they deem as her failure to appear. They are seeking a full refund of all monies paid as well as a retraction of her IG live posts and a full apology. @bigbadchugit followed that up with a post that showed a simple title page called “The Facts” along with a 22 bullet point list of complaints. Their claim is basically that they fulfilled their financial obligations and provided the necessary arrangements and that it was Spice and her team who dropped the ball and failed to perform despite being in Miami from the day before the event was to take place. Read their full statement here: https://www.instagram.com/p/CTfn7SWnlO-/?utm_medium=copy_link 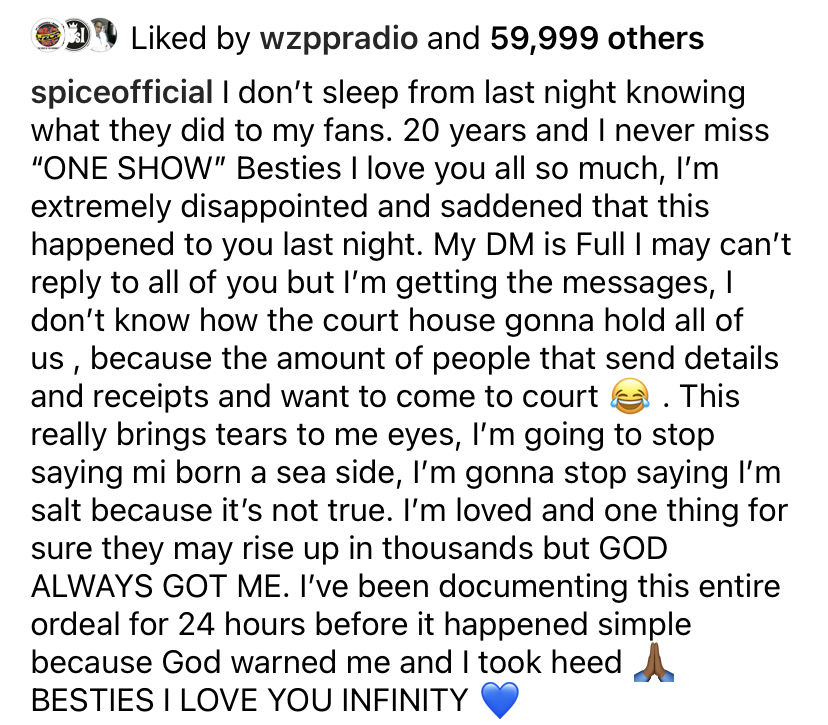 Spice’s legal team, comprised of Mrs. Ayisha Robb of Jamaica and Mr. Darnell Thompson of The US has responded with their own list of breaches and a firm statement reading “NO APOLOGY! NO REFUND!” along with their long list of performance contract obligations that were not met. They contend that the artist was left to find her own plane ticket to FL due to credit card issues with the promoter, no transportation was provided upon her arrival and after an hour of waiting she took a Lyft to the hotel where the reservations were not in order according to the entertainer. Her nearly 40 minute IG live rant included screen shots and testimony from her team. She has videos of herself in the airport waiting for transport. Clearly she is building her case in this IG mock trial. See Spice’s full IG post with her documentation of her experience: https://www.instagram.com/tv/CTdtev9l2OM/?utm_medium=copy_link

Spice has concluded that the plan was to use her broad fan base to profit without ever intending for her to perform. The flyer for the show clearly stated the event went from 12 noon until 8PM although her reported contracted appearance time was some time after that. Her claim is that the promotion team took the sales from the sold out event and never planned for her to perform and that they set her up to be late so they could claim a “no show” and demand their money back. She felt something wasn’t right from the get go, but Spice is one to never disappoint her fans and does enjoy an excellent reputation for professionalism and claims to have never missed an event in her 20 year career and she wasn’t about to start now.

The biggest losers in this debacle are the attendees of Chug It Miami who waited for hours in the heat, and paid their entrance fees, and did not get what they paid for. As for who breached what and when, that is going to be determined by the court. Until then, both parties feel their brand has been damaged and it is unlikely that there will be any other resolution other than through legal channels. How is it that Spice was in Miami well in advance, and if the promoter paid and did their part, and Spice herself was bending over backwards so as not to disappoint her fans, why did the performance not go on as advertised? Why not just send a limo and go get her? A lot remains unanswered, but one thing is for sure, Spice has not gotten where she is today without being the savvy businesswoman that she is.  Chug It is in for a fight, because the Queen of Dancehall is not planning on losing.