Holmes to get his van back 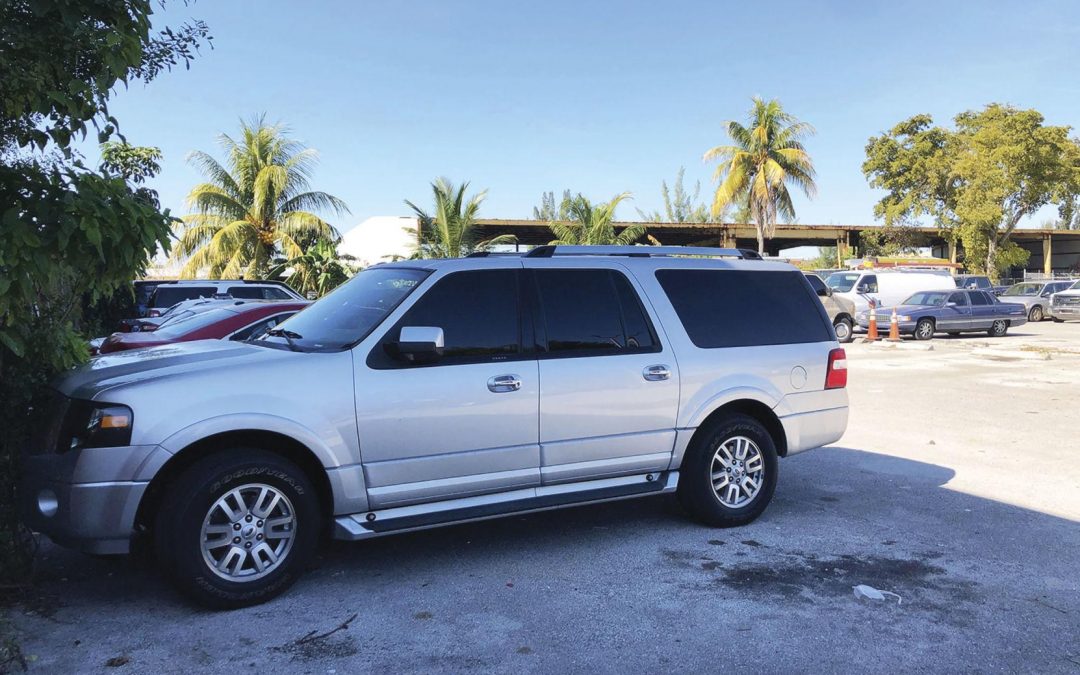 Former Opa-locka Commissioner Timothy Holmes has won his lawsuit for recovery of his van that was repossessed by the city last month.

Holmes, who depends on a motorized wheelchair to get around, said his city-issued SUV was taken from his front yard as he slept on Dec. 7. The vehicle is suited up with thousands of dollars of specialized equipment that helps the 75-year-old drive without the use of his feet.

A judge ruled in Holmes’ favor on Monday, Jan. 14.

“The Plaintiff is disabled and confined in a wheelchair and will suffer irreparable harm if he does not have the use of the subject wheelchair accessible van,” said Miami-Dade County Judge Spencer Eig in the court order. “He is unable to carry out the routine tasks of life, including obtaining needed healthcare.”

The city has until Thursday afternoon to turn over the SUV or plan to do so. Members of the Opa-locka Commission will vote on a settlement for the case at a special commission meeting on Wednesday, Jan. 16 at the Sherbondy Village Auditorium.

Holmes retired from the Opa-locka Commission on Nov. 28 after serving on the dais for a total of 23 years. He lost his ability to walk while in active duty in his position as a commissioner.

As a perk for being a commissioner, Opa-locka gave Holmes a 2013 Ford Expedition, which he was able to upgrade to help him become more mobile. According to Holmes, he has spent nearly $10,000 making the SUV more handicapped-accessible just in 2018 alone. The lawsuit alleges that Holmes spent more than the value of the car on modifications over the years. When Holmes retired, he was required to return the SUV to Opa-locka. However, due to his dependency on the special equipment, he made a plea to the city manger to allow him to purchase the truck.

Holmes was told by then-manager Yvette Harrell that he could keep the vehicle, the lawsuit states. Holmes offered to pay the assessed value of $14,500.

So, Holmes was surprised when the Expedition was repossessed. He believes it was payback from the new mayor, who he said warned him to return the truck the same day.

Mayor Matthew Pigatt has denied the claim but said Holmes was given ample opportunity to return the vehicle during an earlier interview.

He refused to comment on the judge’s ruling in the case.

City Manager Newall Daughtrey said he hasn’t seen the background information on the case, but he is aware that it is an item on Wednesday’s meeting agenda.

“I heard some stuff on the street, but I have not seen that,” Daughtrey said, adding he did not get a synopsis from the city attorney.

City attorney Vincent Brown could not be immediately reached for comment.

Holmes said he did not want to comment on the court order until a final decision was made on Thursday.

One of his attorneys, Michael Pizzi said his client was forced to file the lawsuit. He is pleased that the judge recognized that the city treated Holmes unfairly, he said.

“It is great that the court is helping Mr. Holmes achieve justice and relieve his pain, but it is a shame that once again it has required the intervention of the courts to force the city to do the right thing,” said Pizzi who represented Holmes along with Douglas Jeffrey. “You don’t take away a senior citizen’s transportation in the first place.”