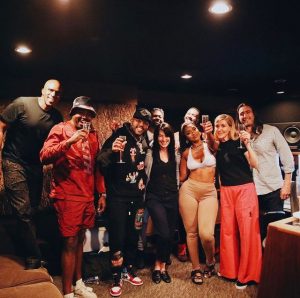 Jada Kingdom has signed a lucrative deal with NY based Republic Records, which operates under the umbrella of Universal Music Group. She joins an impressive roster of artists including Ariana Grande, Drake, Nicki Minaj, Taylor Swift, The Weekend, & Stevie Wonder, just to name a few. Jada thanked her partner, producer Verse Simmonds, on IG for believing in her more than she did herself, and for never giving up on her. Verse responded on his page by saying how proud he is of her.

Kingdom also revealed that she has a new management team. This comes after a contentious split with her former management team, Popstyle, who has filed an antidefamation
suit against the artist some 2 months ago. We congratulate Jada Kingdom on this
success and look forward to what the future holds for this promising young artist!