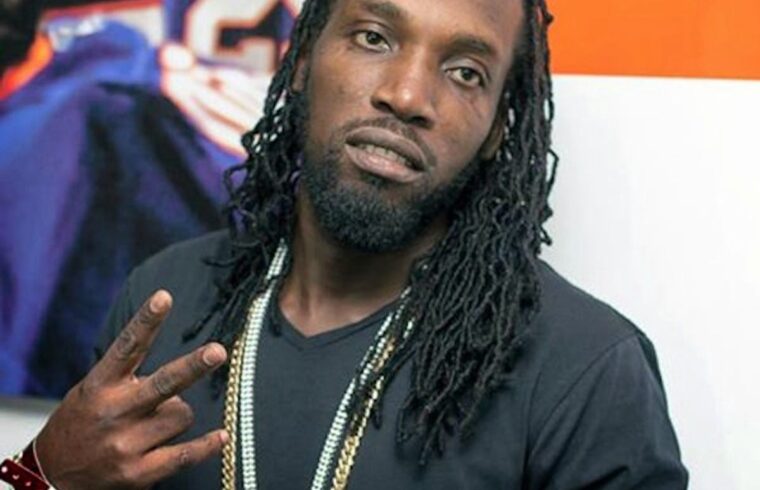 Mavado took the stage at a farm in Miami’s Kendall neighborhood Thursday, just weeks after his mother died and his son was sentenced to life in prison. The master of ceremony at Pure Connection Pop Up reminded the audience of Mavado’s recent tribulations as he introduced the artiste to hundreds of fans.

“This is a youte way mi show honor and respect to, and he ah go through something wah every man go through inna life,” the MC said.

Mavado stood tall as he stepped on stage to a screaming audience, walking into a performance of his 2007 hit single, “Real Mckoy.” Synonymous with his gangster dancehall brand, the song talks about being a gangster at all times and being tough in any situation. The crowd belted out the lyrics as Mavado touched each corner of the stage by early morning Friday.

The crowd mostly adorned in designer wear mimicked Mavado, who wore an art-influenced Louis Vuitton sweatshirt. Women gyrated from every viewpoint as they reached out to touch the “Gully Gad.” Men raised their trigger fingers to “buss a blank” for Mavado. Mavado held his female fans’ hands and dapped up the fellows. Fans rewarded him with love and support.

His stage presence was pronounced and effervescent. The performance was personal. Mavado lost his mother on March 11, the night before his son, Dante Brooks, was sentenced for a murder charge. I felt chills down my spine that traveled to my heart as Mavado sang a song dedicated to his mother. I could also tell he meant every lyric of “Never Give Up,” a song about persistence and resilience. We all chanted along.

All-in-all, Mavado gets big ratings for not canceling or postponing the show amid his personal challenges. He fueled his performance with strength and tenacity. Fans left the show with even more respect for his gangsta.

Rapper Tory Lanez, who opened the stage for Mavado, left the audience with a different feeling. The rapper walked off the stage after airing his grievances with his fee for everyone to hear. He refused to sing an additional song after performing for around 5 minutes. The MC and the promoter kept the show going and fans calm. As a Tory Lanez fan, I appreciated the time and energy he gave.