NAOMI COWAN IS OUT OF THIS WORLD ON “STAR GIRL” MIXTAPE 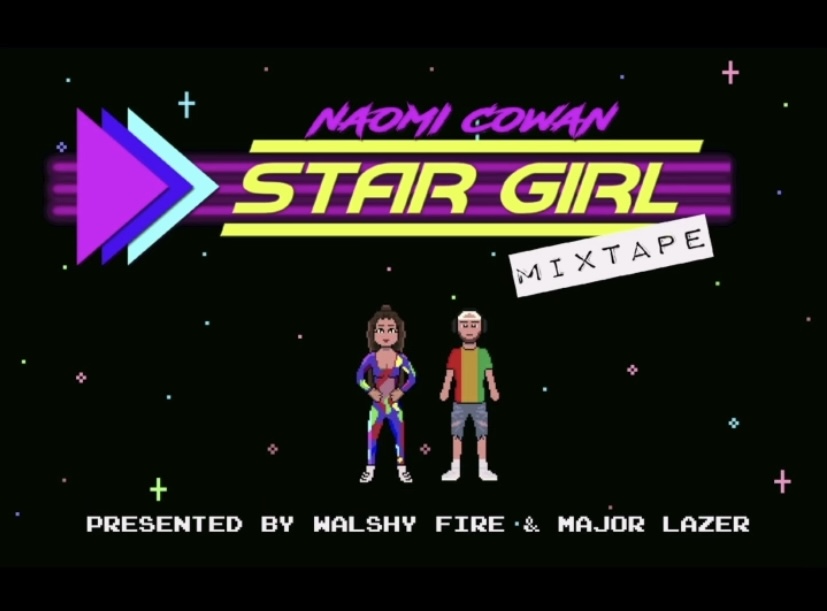 The “Star Girl” Mixtape featuring Naomi Cowan drops on July 1st. The project is a body of work that has been artfully put together by Walshy Fire of Major Lazer. Walshy first met Naomi through the producer The Wixard, who just happens to be the daughter of Beres Hammond. Walshy was impressed at how Naomi was able to lay down a house track “on the quick”. When COVID hit Walshy was in Jamaica under lockdown. The two began linking up in the studio, primarily Harmony House. What resulted is what Walshy Fire says is enough music for four projects. The first of which is the “Star Girl” Mixtape, a 20 track extravaganza of Naomi’s wide range of genres and styles. The first track out from “Star Girl” is “Lucky Me” featuring Runkus and The Wixard. The track is about a relationship break-up, but it’s not your usual sad break-up song, Cowan finds the silver lining and turns it into a positive. Naomi has been posting about “Star Girl” regularly on her IG, with three posts the day before release “so you can hear it from the back”. She is clearly excited about the release. It certainly has the potential to give her greater international recognition. According to Walshy Fire we can expect two albums and another mixtape in this prolific series. There have been big expectations for Naomi Cowan, considering her musical powerhouse parents, and this project shows she lives up to those expectations and then some.